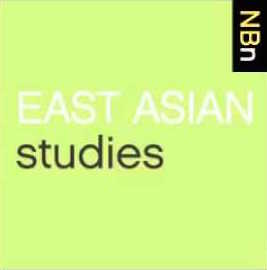 Drugs exist that are meant to help people feel better. The doctors who prescribe them might believe that they work, while their patients do not. In explaining the drugs to their patients, should those doctors use the medical terminology they themselves use – which might not be immediately understandable to their patients – or should they translate the description into terms more comfortable and familiar to the patient? And what are the practical and ethical consequences of each decision? Stefan Ecks‘ new book carefully considers these problems in the context of health-related practices in modern Calcutta. Eating Drugs: Psychopharmaceutical Pluralism in India (NYU Press, 2013) looks successively at the different and overlapping medical and healing contexts that together make up a significant part of the medical marketplace in Calcutta. Ch. 1 treats popular notions that include the importance of the belly as the “somatic center of good health,” the power of the mind to regulate good health, and the connection between modernity and pollution as causes of illness. Ch. 2 looks at Ayurvedic practices in Calcutta. It reflects on some of the most important ways that Ayurveda is changing in India – especially at the levels of practitioner training, language, and the patient-physician relationship – despite the fact that the centrality of food and digestion has remained constant. Ch. 3 looks closely at homeopathy, the second most popular type of medicine in Bengal, and focuses on the principles, histories, and pluralities of homeopathic practices in Calcutta. Ch. 4 looks at the ways that Calcutta psychiatrists position themselves with respect to popular beliefs about psychopharmaceuticals, general physicians, practitioners of non-biomedical treatments, and the pharmaceutical industry. This chapter pays special attention to how Bengali doctors use metaphors to help patients understand and respond to psychiatric diagnoses, with comparisons to nature, the Ganges river, fairytales, everyday over-the-counter drugs, diabetes, and food. The conclusion explores a key argument of the book, proposing that “patients’ suspicions of psychopharmaceuticals are based on suspicions of biomedicine’s ‘magic bullet’ model of drug effects,” looking at the implications of this conclusion, and considering the possible broader impacts of this study beyond Calcutta. It’s a fascinating study of potential interest to historians and anthropologists of medicine and healing, as well as readers interested in learning more about the medical marketplace of modern India and anyone interested in modern psychopharmaceuticals.