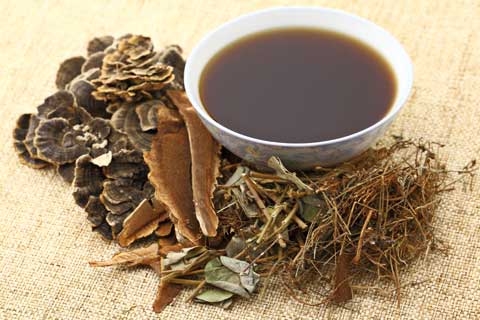 This is syndicated content that first appeared at http://english.caixin.com/2015-10-27/100866939.html. It has been reproduced here with permission from Marta Hanson.

Tu Youyou’s Nobel Prize has reignited controversy over traditional Chinese medicine, so Caixin got two experts to tell us what they thought of the issue.

After the news that Tu Youyou, an 84-year-old Chinese scientist, had been awarded a Nobel Prize for an anti-malaria drug she found in the 1960s, China rejoiced. It was the country’s first such Nobel honor for a scientist who was born, bred and trained in China.

However, amid the celebration, which even included Premier Li Keqiang saying the award was a victory or traditional Chinese medicine (TCM), critical voices were also heard.

A major point of contention was whether Tu’s victory vindicated TCM, and others pointed out Chinese classical texts guided her to her discovery. The topic once again raises questions about the effectiveness and scientific basis of TCM and its standing versus so-called Western medicine.

In light of this, Caixin spoke to a TCM specialist in the capital and a Western scholar of the history of Chinese medicine for their takes on the issue.

Caixin: Should this award be regarded as a victory for TCM?

Guan Weidong: This prize primarily touched upon the development and application of clinical medicine. Tu Youyou’s research methods completely adhered to the paradigms of modern medicine research and development, but she was very much informed by TCM’s customs on preparing and applying that medicine. Besides it was from TCM that she drew key inspiration. The significance of this award lies in recognizing an accomplishment and the benefit to humanity this accomplishment had, not a certain research method. That said, from a historical point of view, since TCM has always benefited public health and will continue to do so, the Nobel should also recognize the leading figures of Chinese medicine.

Marta Hanson: What everyone is missing in this debate about whether or not the Nobel Prize committee recognized TCM is the concept of “medical bilingualism.” It is the ability of people to not just read in two medical languages but to understand two different medical systems. In light of this, it is too simplistic to reduce what Tu Youyou did. She was able to systematically work through the 1,700-year-old classical texts not only because she was native Chinese, but more importantly, she understood Chinese medical history, concepts and doctrines to access the complex historical archive of TCM.

She has also spent her entire career in a medically bilingual institution at the China Academy of Chinese Medical Sciences (CACMS) that has been committed to integrating the best of Chinese and modern Western medicine. Tu’s research cannot be separated from the core founding value placed on medical bilingualism of this institution, or the medical-scientific politics in which she and her colleagues carried it out.

Since the fall of Qing Dynasty (1644-1911), national politics have significantly played a role in both public health politics and the politics of “Chinese” versus “Western” medicine in China, especially since 1949. Project 523 – a secret military mission mandated by Mao to support Vietnamese troops who were being decimated by malaria – that Tu led in order to find a new drug that can combat malaria is a prime example of this. Sixty years later, the founding goals of the CACMS have not only been realized in this Nobel Prize but are embodied in the intellectual formation of their new Nobel laureate.

Do you think TCM has a place in 21st century medicine? Can it meaningfully contribute to the progress of humanity’s understanding of medicine and health?

Guan: Entering the 21st century, humankind still faces a whole variety of threats to public health. Equipped solely with Western medicine, we will not be able to deal with them. One special characteristic of TCM is its holistic approach: preparing a medicine that aims at the underlying root causes of the illness, not just the symptoms, as is the case with Western medicine.

Our understanding of the relationship between the medicine and the essence of the illness has been acquired through daily practice and accumulated through generations, yielding a variety of prescriptive methods that include “yanfang” (prescriptions that blend herbal, mineral, animal and artificial substances that have been proven through experience) or “pianfang” (household recipes without theoretical justification that are typically practiced at home by laypersons like grandmothers). Applied in accordance with the specificity of the ailment, they have a very precise effect. These are not just extremely valuable in themselves. TCM’s system of theories regarding health and life, and its treatment techniques will contribute to the perfection of modern medicine, ultimately helping to form a new comprehensive medical paradigm. That is the primary duty of and the greatest contribution that TCM can make in the 21st century.

Whether it’s Chinese or Western, the fundamental purpose of medicine is not to profit, but to serve humanity. Consequently, Chinese and Western medicine are at once united, at once competing against one another, and at once complementing one another. Some patients respond better to Western medicine, some to Chinese, and others have to combine both, which often generates a more effective result.

Hanson: I would use the term “modern biomedicine” over “Western medicine” because it is now a truly global multi-ethnic medical system with many “non-Western” scientists such as Tu contributing to its development. TCM certainly has a place in 21st century biomedicine. Take for instance, the SARS epidemic in 2003-2004, during which practitioners succeeded in combining Chinese-biomedical treatments for over half of the patients. This is a demonstration of medical bilingualism in a clinical rather than the research setting Tu represents.

What is the state of TCM in China and what are its prospects?

Hanson: According to the New York Times, there are 1.1 million doctors of Western medicine versus 186,947 TCM doctors, and some 23,095 Western hospitals versus 2,889 Chinese medicine hospitals. But this doesn’t do justice to the fact that many Western hospitals in China have a TCM department or integrated medicine, and vice versa for Chinese hospitals. Many biomedically trained practitioners also have a Chinese medical background because of the Cultural Revolution period (1966-76) and vice versa for TCM-trained practitioners. But, the number of students studying TCM is much lower than biomedicine. And TCM, as I understand, is considered an alternative for weaker students who couldn’t make it into the more prestigious Western medical colleges.

I hope the Chinese government will continue to support top-down “medical bilingualism” of the traditional and modern biomedical approaches to healing as a model for other countries to think about medical pluralism in their health care systems.

Guan: I believe the state subsidy for TCM falls short. TCM colleges with education and research institutions just focus on developing equipment, facilities and general infrastructure, but the actual number of professionals in TCM is decreasing every year. Those who can practice both Chinese and Western medicine are also increasingly lacking. You can see this happening in medical institutions across the nation and the world.