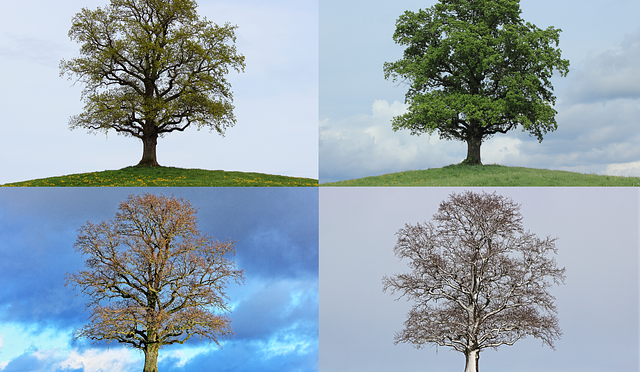 Matthew Remski
Matthew Remski is a yoga teacher, trainer and researcher who investigates adverse experiences and cultic dynamics in yoga and meditation communities. His forthcoming book is Practice and All is Coming: Abuse, Cultic Dynamics, and Healing in Yoga and Beyond (March 2019, Embodied Wisdom).

Moderator’s note: Many practitioners of Asian medicine and Asian-based health modalities are grappling with questions concerning the historical roots and cultural status of their disciplines today as never before. In response, Asian Medicine Zone is launching a new series of practitioner essays exploring how changing conceptions of “tradition” and “modernity” are impacting their practice and field in the 21st century (these are organized under the tag “tradition/modernity”). If you’re interested in contributing to this series, please email a short description of your proposed essay to the moderators. Here, we’re pleased to share our third offering, a poetic reflection on the paradoxes involved in being an Ayurvedic educator/practitioner who’s well aware of the culturally contingent and politically contested nature of the practice.

On the morning I sat down to write this, the Nobel Foundation announced it had awarded the 2017 Prize for Biology or Physiology to the American scientists Jeffrey C. Hall, Michael Rosbash, and Michael W. Young for their work in the field of chronobiology. Over decades of meticulous lab work, the trio isolated the “period gene”, and described how the protein it encodes regulates each cell’s rhythm of vitality and rest in relation to cycles of light and dark.

The news made me smile.

After nearly 15 years of studying and practicing the narrow stream of Āyurveda to which I’ve had access – modernized, Anglicized, commodified, and merged with reconstructed European naturopathies – I’ve come to the personal conclusion that the most general gift this art form offers is insight into how human beings can heal our relationship to time.

My first Ayurvedic mentor said, “We are living in the most vāta-aggravated period in history, but we can take great comfort in the faithful stability of the solar cycle.” Using the mathematics of Jyotiṣa, he taught us the daily calculations for finding solar noon, and the precise transitions between the kapha, pitta, and vāta periods of day and night. He taught us how the stress of sundowning could be eased by meditation at dusk, about why we should avoid staying awake past the “pitta threshold” – that tripwire that gives us a second nocturnal wind, better applied to dreaming than internet browsing. He taught us how to calculate the pre-dawn moment of brahma muhurta, when the fluctuations of air and space seem to relax, and groundless anxiety can yield to expansive possibility.

This core idea, fleshed out in the broad principles of dinacharya (“to follow the sun”, according to my teacher’s nirukta) has remained as stable for me as the solar cycle itself. It has survived the numerous waves of disillusionment I now see as natural to the interrogation of an unconsciously adopted religion.

My resonance with dinacharya has survived realizing that my exposure to Āyurveda has come through an alchemy of the neo-colonialism that wants to commodify it for export and the Hindutva ideology that wants to claim it as part of a saffronized patrimony. The former thinks it can be packaged and sold. The latter wants to deny that Buddhists played an essential role in its early formulation.

It has survived realizing that Āyurveda’s gender essentialism and heteronormativity – whether authentic to its historical roots or not – can be subtly oppressive to the women’s consumer market it claims to serve. (Not to mention wondering whether its obsession with human fertility is coherent in a world racing past its carrying capacity.)

It has survived realizing that modern global Āyurveda can provide sanctimonious cover for neoliberal propaganda, and contribute to the anxiety of privatized, aspirational responsibilism. Āyurveda in current practice can reinforce the punishing belief that self-care is the only care we can rely on, or that oil massage makes the world a better place, or that health is assured through kitchari and memorizing the doshic implications of red grapes versus green grapes.

It has survived watching friends from the country of the Nobel-winners use Āyurveda to faithfully but unsuccessfully manage cancer because they either distrust public medicine, don’t have health insurance, or both.

It has survived realizing the hypocrisy of Āyurveda’s marketing as a common sense, low cost, local economy wellness modality, whilst outside of low-income India it mainly flourishes as a lifestyle brand and leisure activity for the wealthy, consumable through long-distance spa vacations and carbon-heavy importation. Globalization popularizes and sells the notion of local authenticity through the process of destroying it.

It has survived realizing that Āyurveda’s premodern somatic poetry is elliptical enough to help contemplatives interrogate their internal sensations, but also vague enough to serve as a platform for Deepak Chopra to authenticate pseudoscience.

It has survived watching the rise of Baba Ramdev use Āyurveda as a tool of blood-and-soil purification: selling spiritually-inflected skin-lightening creams, or researching herbs that will cure homosexuality.

And today, it will survive both the grandiosity of biologists who have “discovered” that life has rhythm, and the patriotic fantasies of those who will claim that the “period gene” is described in the Vedas.

“Āyurveda is said to be eternally continuing because it has no beginning,” says Charaka (via Sharma). “Our understanding of Āyurveda has arisen a posteriori to Āyurveda’s eternal laws.”

I have only a dim understanding of where the cultures of Āyurveda have come from, and no real clue as to where they’re going, or how much trouble and joy they will foster. But between these mysteries lies a present, palpable phenomenon that points to the notion of “eternal law”. Even a deconstructionist such as myself can get behind it, and treasure it.

Through these histories of colonial, capitalistic and epistemological violence – histories that may cause more disease than the bacteria and viruses that Āyurveda cannot treat – the earth still turns in its measure. It faces the sun, and then faces away. The body radiates and grows dark. The identity extroverts and introverts. We wake and sleep. Dinacharya does not solve capitalism, climate crisis, or death. But it looks clearly at the rhythms of change, and perhaps relieves us of the suspicion that time is meaningless.

One thought on “Āyurveda, Modernity, and Time”