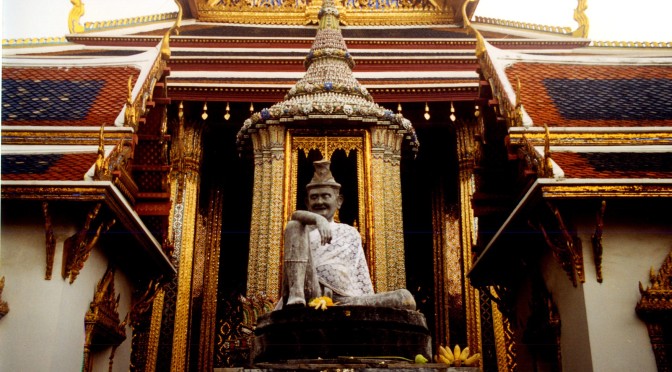 Recently, I invited my Facebook friends to submit questions on the topic of Buddhism and medicine. I collated the questions together, and wrote the brief responses below….

Is there such a thing as “Buddhist medicine”? Is medicine really something central to Buddhism? How did medicine influence Buddhism?

Every Buddhist tradition of which I am aware has something to say about illness, health, and healing. An interest in the mind-body relationship and its relationship to mental and physical suffering goes back to the very origins of Buddhism. The tradition developed in India in the last half-millennium BC, at the same time and in the same social circles as other ascetic groups. These “shramana” collectively developed a variety of mental and physical self-discipline practices that, in the long run, developed into what we know today as meditation, yogic exercises, pranayama, and so forth. These practices led to increasing insights into the relationship between the body, mind, emotions, and breath, which is a topic that Buddhists have continued to write about over the centuries between the ancient period and today. 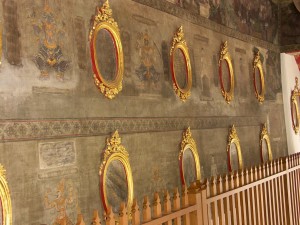 It may have been in these same circles of forest practitioners that traditional Indian medicine (Ayurveda) also emerged in the last centuries BC. While medicine wasn’t necessarily the direct source of Buddhist thought, there are certain connections that are traditionally made between Indian medicine and Buddhism. One significant example is that the Four Noble Truths — the Buddha’s insight that life is dissatisfactory, that craving is the origin of this dissatisfaction, that there is a possibility to overcome craving, and that the Eightfold Path is that solution — is often said to reflect a medical logic. In this view, the Four Noble Truths are thought to be analogous to the patient’s disease, the doctor’s discovery of the origin of the disease, the doctor’s knowledge of the cure for the disease, and the prescription the patient takes in order to become healthy. This is a very common way of understanding these basic teachings within the Buddhist tradition.

In addition to the Four Noble Truths, anatomical and physiological terminology are frequently invoked in Buddhist texts, particularly in descriptions of meditation practices and other ascetic discourses. Narratives of the wondrous healing exploits of deities, monks, and other heroes have been a feature of the Buddhist hagiographic literature of all periods. Rites to dispel disease have been central to the ritual repertoires of monastics across Asia. Medical metaphors — such as the Buddha being the “Great Physician” and his teachings being the “Great Medicine” — are frequently utilized in order to make accessible many of the complex philosophical aspects of the Dharma. Many Buddhist authors and texts even suggest that fully understanding the body is the very essence of the Buddha’s teachings. Taken collectively, such Buddhist perspectives on health, disease, healers, patients, therapies, and bodies are often spoken of by scholars and devotees as “Buddhist medicine.” 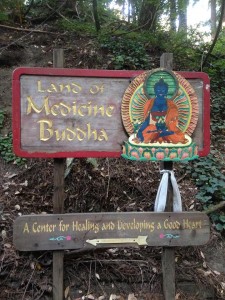 There is a particular set of medical ideas and practices that became part of the Buddhist tradition in the earliest period in India, and that were spread globally along with the transmission of Buddhism. This includes the notion that the body is composed of the Four Elements (earth, water, fire, and wind), that karma is at least partly responsible for health and illness, that enlightenment brings power over the wellbeing of the mind and the body, and that healers should approach patients with compassion and selflessness. Also, Buddhist orientations toward healing include the idea that the practices of meditation, moderation of diet and lifestyle, chanting, and rituals calling upon Buddhist deities all can contribute to one’s health.

If you pressed me to identify one value or idea that lies at the core of Buddhist approaches to health, I would say it is the notion that mental wellbeing is the principal precondition for physical health. Some later texts take this position to an extreme, arguing that illness is a purely mental construct. Such is the case in Chapter 5 of the Vimalakirti Sutra, where the great bodhisattva teaches that illness arises from delusion and attachment to the world, and that enlightened people can choose to manifest or overcome illness at will. While not all Buddhists would agree with this position, recognizing that the mind plays a major role in maintaining and regaining physical health is routine in Buddhist texts from across the spectrum.

All of that being said, even though there are some core concepts and practices, it is best not to think of “Buddhist medicine” as a cohesive or fixed system. (I have argued in a recent article that “Buddhist medicine” is a term that seems to have been invented in the mid-twentieth century, as part of an effort to make Buddhist ideas about illness and health seem modern.) Instead, it’s probably best to assume that Buddhism is an ever-changing and transforming tradition that has few core ideas and much local variation, and to investigate what people do, think, and believe at the local level rather than look to make grand sweeping generalizations.

The basic principles of Indian medicine, such as the Four Elements, the tridosha, etc., are found in many Buddhist texts on healing from across Asia. That these concepts are found in Buddhist and Ayurvedic texts alike is not surprising, as both products of the same cultural context. In other words, early Indian Buddhism seems to have picked up the ways of speaking about illness, health, and the body that prevailed in the culture of its origin. As Buddhism spread throughout Asia, its approaches to health were not fixed. Often, certain aspects of the Indian medical thought were preserved, but just as often they were replaced with domestic medical ideas. For example, in East Asia, many Buddhist healers were more interested in working with qi and other Chinese medical concepts than with the Four Elements or the tridosha (see my publications on this topic here). Similarly, in modern times, the benefits of Buddhist interventions are being explained in scientific and biomedical terms.

In addition to Buddhist ideas being transformed by contact and exchange with other medical cultures, medical traditions in many parts of the world have been transformed to varying degrees by exposure to Indian concepts that arrived along with Buddhism. For example, a lot of research has been done by Chinese scholars on the interaction between Buddhism and native Chinese medical traditions. One can also point to the increasing influence that Buddhist (or Buddhist-inspired) meditation has had on modern clinical research. (See recent reviews of this research here and here.)

Historically, Buddhism was a major catalyst for the spread of certain Indian ideas and approaches throughout Asia. In many countries (such as Thailand, Tibet, Burma, Sri Lanka, Mongolia, etc.), these became the foundation of local systems of traditional medicine, many of which are still widely practiced today. Healing in contemporary Thailand, just to give one example, is based on the Four Elements, is attributed to legendary Buddhist patriarchs (such as Jivaka, the Buddha’s physician), and includes many ritual procedures (such as chanting, purification, exorcism, mediation, and blessings) that call upon the power of the Buddha, Dharma, and Sangha to vanquish illness. Contemporary traditional medicine practice in the other cultures mentioned above are also similarly indebted to Buddhism.

Institutions specializing in Buddhist or Buddhist-inspired healing exist all over Asia. I will mention only a few organizations to give a sense of the wide spectrum that is out there. Speaking of Thai medicine, one of the principal promoters of Buddhist medicine in Thailand today is the Thai government. Reports by the Thai Ministry of Public Health frequently contain references to the health benefits of the practice of Buddhism alongside other traditional therapies such as massage and herbs (for examples, see here and here). Another significant organization is the Men-Tsee-Kang, an important promoter of Tibetan medicine in India. The Men-Tsee-Kang includes instructions for venerating deities with mantras and other rituals on their website, and has a banner of the Medicine Buddha displayed across their pages. On the other side of the spectrum, there is the Tzu-Chi Foundation. This is a global Buddhist charity headquartered in Taiwan that specializes in providing healthcare to needy populations. The care they offer is modern scientific biomedicine, but it is discussed among their devotees as a way of earning good karma and continuing along the bodhisattva path. 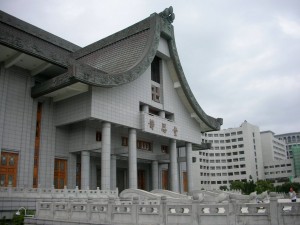 Tzu Chi’s headquarters in Hualian, Taiwan. The main temple is in the foreground while the hospital is seen in the background.

Nowadays, it is quite common to see Buddhist-inspired “mindfulness” meditation being taught to patients in hospitals by facilitators who have little or no knowledge about Buddhism, and who interpret this practice and its benefits primarily (or even wholly) in terms of biomedical and scientific ideas. There has been significant criticism of this trend among Buddhist teachers and authors, who have insisted that the practice cannot be separated from the larger Buddhist philosophical and ethical tradition (see, for instance, the recent post on Jeff Wilson’s talk on Mindfulness Inc.or a 2013 post on Mindfulness: Critics and Defenders). However, this position seems to be overshadowed by the current enthusiasm for mindfulness and related practices across many segments of popular culture. I wrote another blog post for Patheos arguing that a recent appearance of mindfulness on the cover of TIME showed signs that it has become fully “culturally translated” into the American mainstream.