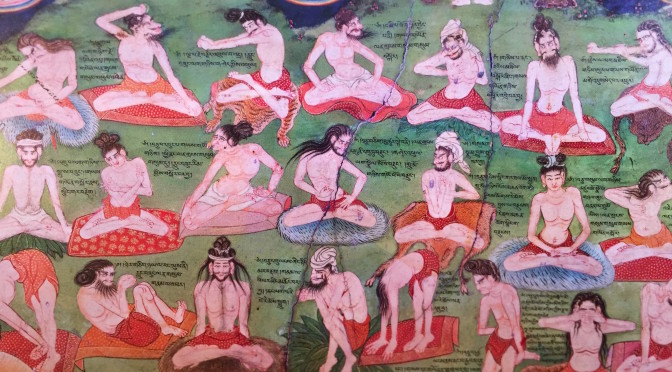 Ronit Yoeli-Tlalim
Ronit Yoeli-Tlalim is a Senior Lecturer in the History Department at Goldsmiths, University of London. Yoeli-Tlalim’s research deals with the transmission of medical ideas along the so-called ‘Silk-Roads’. Within this general scope, she has been working on the history of early Tibetan medicine, based primarily on manuscripts found in the Dunhuang caves. This work followed up on her work which consisted part of the 'Islam and Tibet' project at the Warburg Institute.
Ronit Yoeli-Tlalim has co-edited three volumes with Anna Akasoy and Charles Burnett: Rashīd al-Dīn as an Agent and Mediator of Cultural Exchanges in Ilkhanid Iran (2013); Islam and Tibet: Interactions along the Musk Routes (2011) and Astro-Medicine: Astrology and Medicine, East and West (2008). She has also co-edited (with Vivienne Lo) the Silk Roads Special Issue of Asian Medicine: Tradition and Modernity (2007).
Latest posts by Ronit Yoeli-Tlalim (see all)

Heinrich Jäschke, a nineteenth-century Moravian missionary to Ladakh, is mostly known amongst scholars of Tibet for his pioneering 1881 Tibetan–English Dictionary. In his entry on ‘rlung’—a fundamental concept of Tibetan medicine and Tibetan Tantric Buddhism, commonly translated into English as ‘wind’ or ‘vital energy’—following his definition of the term, he added: ‘These notions concerning rlung are one of the weakest points of Tibetan physiology and pathology’. Strong words for a dictionary.

It is hard to think of what might better demonstrate the extent to which western perception of the term has evolved since Jäschke wrote those words than the new Wellcome exhibition “Tibet’s Secret Temple: Body, Mind and Meditation in Tantric Buddhism” which opened in London this week. The focus of this major exhibition is a series of intricate murals adorning the walls of the Lukhang (klu khang) Temple in Lhasa. Situated on a small island on a lake behind the Potala in Lhasa, the Lukhang was built in the late 17th century during the reigns of the Fifth and Sixth Dalai Lamas as a private sanctuary for meditation and spiritual practice.

One key focus of these murals is a fascinating depiction of a tradition of exercises known as trulkhor (‘khrul ‘khor or ‘phrul ‘khor), combining both physical movements and breathing, to stabilise and regulate one’s rlung. Rlung links between what in western terms is termed ‘body’ and ‘mind’. With its inherent crossing over between ‘body’ and ‘mind’, it is a concept that calls into our attention an awareness that the mere standard western interpretations of what constitutes ‘body’ and what constitutes ‘mind’ are largely irrelevant when trying to understand the Tibetan medical and Buddhist modes of understanding human beings.

Trulkhor practices, once only taught to advanced practitioners, are now increasingly practised and even used within conventional biomedical settings. Approaches to body-mind, well-being and meditation—all deriving from the Tibetan understanding of rlung—are more generally making their mark on western methods of treatments.

Even by Tibetan standards the Lukhang is pretty hard to get to. Of the eminent Tibetologists and Tibetophiles who assembled at the opening night, there were only less than a handful who ever managed to enter it. The intricate, thoughtful and sophisticated reconstruction of the murals in the exhibition has made them, not just more accessible, but also in many respects better than the originals. Every single posture is visible, every single caption is readable. But perhaps more importantly: the space in which they are reconstructed—and the process one goes through leading to that space—is profoundly inspirational. This is curating at its best.