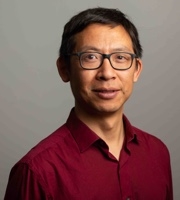 Yan Liu
Assistant Professor at SUNY, Buffalo
I am a cultural historian of China, specializing in the history of medicine in the first millennium. I am generally interested in the history of pharmacology, religious healing (especially Daoism), alchemy, the history of senses and emotions, and the exchange of medical knowledge in the global context.

When I explain my research on Chinese medicine to my colleagues and friends these days, one question they often ask is “Does it work?” I must confess that as a non-practitioner, I cannot offer firsthand testimony to this question. Yet as a historian, I found much vigorous discussion of the issue in medical writings and beyond. People in the past, it seems, were as keenly interested in therapeutic efficacy as we are today.

The standard Chinese word for efficacy is yan 驗 or xiao 効/效. In premodern sources, it carries a strong sense of “having been tested.” The word started to appear in the titles of medical works during the Six Dynasties (220-589), especially in the genre of “formula books” (fangshu 方書). The bibliographical records of the official histories offer us the following examples: “Personally Tested Formulas” (shenyan fang 身驗方), “Collected Tested Formulas” (jiyan fang 集驗方), and “Efficacious Formulas” (xiaoyan fang 效驗方).[1] What were the criteria to consider a formula effective is unclear, yet it is evident that medical writers at the time paid attention to the therapeutic outcomes of their remedies.

To further understand yan, I now turn to a formula book in early Tang titled “Essential Formulas Worth a Thousand in Gold for Emergencies” (Beiji qianjin yaofang 備急千金要方, 650s), written by the famous physician Sun Simiao 孫思邈.[2] The book contains thirty scrolls organized by the types of illness. In each scroll, Sun starts with a theoretical discussion of the illness, expounding its causes, symptoms, and bodily dynamics. This is followed by a large number of formulas that treat the illness, ranging from single-drug therapies to enormous prescriptions that use as many as 64 ingredients. Altogether, the book includes a massive number of 4,200 formulas.

In general, Sun follows a set structure in the writing of each formula in his book. He starts with the name of the formula, often with the typical symptoms associated with the illness. He then lists all the ingredients in the formula, specifying the dose for each one. Finally, he advises on how to prepare and administer the medicine. Intriguingly, the formula sometimes ends with the confirmation of the efficacy of the prescription, presented in short phrases such as “numinously efficacious” (shenyan 神驗), “extremely good” (shenliang 甚良), “having efficacy” (youxiao 有效), and “as if to pour hot water onto snow” (rutang woxue 如湯沃雪). These “efficacy phrases” are terse, generic, and formulaic, which probably carry more rhetorical force of boasting the value of the formula than serving as evidence of the remedy’s actual usage.[3] Likely, Sun incorporated certain formulas from earlier sources, including these set phrases, without inserting his own voice. Efficacy was an artifact of copying.

Besides these generic phrases, Sun also offers more specific accounts to show the efficacy of some of his formulas, as exemplified by 25 medical cases spread throughout the book. Significantly, Sun was the first person in Chinese history who included medical cases in formula books, manifesting physicians’ rising consciousness of using personal experience to validate the efficacy of medicines during the Tang.[4]

In general, each medical case in Sun’s book appears at the end of a formula where Sun presents a specific situation to testify to the efficacy of the remedy. These cases contain some or all of the following components: time, place, the identity of the physician, the identity of the patient, diagnosis, prescription of the formula, and the therapeutic outcome. In what follows, I present three cases to show different meanings of yan in Sun’s writing.

Case 1: To cure the illness of dragon (jiaolong bing 蛟龍病)

On the eighth day of the second month of 586, someone ate celery and became sick. The symptoms of the person resemble those of bloated abdomen, with the face turning bluish yellow. Upon ingesting cold food and strong sugar, the patient spat out a dragon with two heads and a tail. Greatly efficacious.[5]

The case confirms the efficacy of a food remedy to eliminate a pathological animal inside the body. Sun did not identify who the patient was; he only used the generic phrase “someone” (youren 有人) to refer to him or her, which implies that he had no direct experience of the event described. He may have heard of the story from others and felt the need to include it in his book to validate the formula. Efficacy was disembodied knowledge bolstered by word of mouth.

During the Wude period (618-626), a virtuous nun named Jingming had this illness for a long time. Sometimes the illness erupts once a month; sometimes more than once a month. Every time the illness erupts, she almost died. At the time, great court physicians such as Jiang Xu and Gan Chao failed to recognize the disorder. I treated it as sudden turmoil of abdomen and prescribed this formula, which cured her. I thus isolate and record the formula.[6]

Unlike the first case, Sun directly involved in treating the patient. This case particularly emphasizes Sun’s ability to offer correct diagnosis. Revealingly, Sun contrasts his superb skills with the clumsiness of the court physicians, which is a strategy that he uses regularly in his book to elevate his status as a superior healer. Sun’s effective treatment of the patient implies that he had an excellent understanding of the symptoms of the illness and the rationale of the formula. Efficacy was based on personal experience guided by reasoning.

In the sixth month of a year during the Wude period (618-626), I contracted this illness and felt oppressed at the heart after five or six days. I tried other methods to treat it but to no avail. Someone taught me to draw the shape of the bug on the ground, take the soil enclosed by its abdomen, mix it with saliva, and smear the paste onto the sores. It cured me immediately.[7]

This is an example of self-healing, which appears frequently in Sun’s medical cases (10 out of 25 cases). The physician regularly tried medicines on himself and used his experience as compelling evidence of a formula’s efficacy. After recounting the case, Sun confesses that “myriad things under the heaven resonate with each other, and I do not fathom the reason.” Despite this, he cherished the formula because of its undeniable efficacy.

We find a similar sentiment from another case where Sun tried a panacea called the powder of daphne (yuanhua san 芫花散), a massive formula consisting of 64 ingredients. Physicians at the time did not sanction the use of the medicine, yet upon trying it, Sun found it “numinously efficacious” especially for treating emergencies. He then muses:

“I then realize that the efficacy of numinous things is not bound by common rules. The highest principle and the resonance [between things] cannot be understood by intellect. … This is without understanding why it is so—even sages cannot discern the reason.”[8]

What is striking here is Sun’s ready recognition of the inadequate understanding of why the medicine works (buzhi suoyiran 不知所以然). Yet as long as it could effectively save lives, Sun found no reason not to include it in his collection. Efficacy was based on personal experience without doctrinal understanding.

To sum up, we encounter a wide range of meanings of efficacy in Sun Simiao’s formula book. It could be simply a copying artifact manifesting the physician’s respect for past knowledge, or word of mouth without direct observation, or attestation based on firsthand experience, or therapeutic success even devoid of understanding the logic behind. In Sun’s text, he juxtaposes these various presentations of yan without establishing a clear hierarchy. The new phenomenon of integrating medical cases into formulas in the 7th century, though, does indicate the fledgling effort of using experience, especially personal experience, to verify the efficacy of remedies.

Which brings back the question I raised at the beginning: Does Chinese medicine work? Well, it depends on a miscellany of factors, as Sun Simiao’s text reveals. To be clear, 7th-century China is very different from our world today: physicians during Sun’s time did not identify themselves as an autonomous, well-defined, and institutionalized social group; they competed with diverse types of practitioners in society such as ritual therapists, drug peddlers, and itinerant healers to gain the trust of patients. Their authority, unlike that of modern doctors, was not a given, but something to strive for. If our understanding of therapeutic efficacy today is heavily informed by scientific evidence and the approval of professionally-trained doctors, we see a different set of criteria used by Sun to promote his formulas and establish his authority. Therefore, what we can learn from Sun’s writing is not just a more open, inclusive way of perceiving efficacy but also to understand efficacy as characterized through a dynamic process that ties to text, experience, and the building of a healer’s identity.[9]