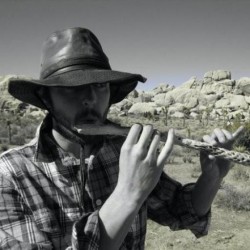 Patrick Meath
Patrick Meath is currently a master’s student at Zhejiang Traditional Chinese Medicine University in Hangzhou where he has focused his studies on the clinical applications of classical medical theory.
Before attending his master’s, he apprenticed at a private clinic in Xi’an for 6 years.

Treatment periods are rarely discussed in classical Chinese medical literature.  While classics like the Shanghan Lun meticulously describe formula preparation and administration over the course of a day, the number of days a formula should be used for is never plainly described.  Due to this ambiguity, many physicians apply a saying that originates in the Huangdi Neijing to classical formula use, “after one dose one knows, after two doses there is resolution.”[i]

However, by examining powder and pill formula dosage, we can gain more specific insight into classical treatment timeframes.  Whereas with liquid decoctions the written herb weights compose a single day’s worth of formula, with powders the daily dose is fixed at a few grams and the herb weights define a formula’s projected treatment period.

This article is an exploration into the treatment periods and patterns for four foundational classical formula powders, accurate weights and measures based on Han period archeological evidence, and the drinks traditionally used to aid powder consumption. The goal is to provide insight into how and why classical clinicians used medical powders.

A liang (兩) is the core unit of weight used in classical Han dynasty formulas.  Though there has been some debate as to the exact weight of a classical liang throughout Chinese history, and a great deal of inaccuracy in modern texts, recent archeological findings indicate that a liang weighed between 13.8 and 15.6 grams.  Contemporary doctors in mainland China generally simplify a classical liang’s weight to 15g.  A classical Liang can be subdivided into 24 zhu (銖) or four fen (分).  16 Liang combine to make one jin (斤)[iii].  The table below describes the weight of each measurement unit:

Single doses of powdered formulas were most commonly dosed by heaping powder onto a fangcunbi (方寸匕, Square Inch Spoon) or a qianbi (錢匕, Coin Spoon).  The cun (寸), a classical unit of measurement, is 2.32cm long.[iv]  Therefore, a square cun measures 5.4 cm2 in area.  The Zhongyao Da Cidian (中藥大辭典, Great Encyclopedia of Chinese Medicine) states that a fangcunbi weighs 2g for metal and stone powders and 1g for plant powders.  However, the actual tested weights are somewhat heavier, causing researcher Li Yuhang (李宇航) to conclude that plant powders should be dosed at 1-2g and mineral powders at 3-4g[v].  A portion of his findings is translated on the following table:

Classically, powders are stirred into a warm liquid and drank.  The choice of liquid gives additional insight into the formula’s purpose and should be considered an essential part of powdered formula construction.  The main liquids used for powder administration in the Shanghan Lun and Jingui Yaolue are baiyin (白飲, the water from boiled rice[vi], also called miyin 米飲), maizhou (麥粥, wheat porridge), jiangshui (漿水, fermented millet water), jiu (酒 rice wine, likely analogous to modern huangjiu 黃酒) and water.  In formulas that don’t specifically mention what drink to use, Ge Hong and Sun Simiao suggest that any of the above can be used[vii], presumably leaving the choice of liquid assistant to the practitioner.

A Selection of Powdered Formulas

According to Dr. Li Yuming,[viii] Zhang Zhongjing uses internal powdered formulas primarily to treat diseases of the lower jiao, especially recalcitrant conditions that involve blood deficiency and or fluid accumulation.  Below I have selected four representative formulas that each demonstrate a specific lower jiao pathology and can be considered foundational building blocks for individualized powdered formula construction.

The Sini San pattern shows signs of dryness, blood deficiency, qi knotting, and food accumulations in the GI tract, and resultant lower jiao yang qi depression.  The formula is overall cool and bitter, with hints of acrid, sour, and sweet and should be considered a light purgative with elements of qi and blood building.  Sini San’s light dose and ability to enter the lower jiao is aimed at slowly purging the intestines without stressing the body’s upright qi.  Due to the purgative nature, caution should be used when exceeding the projected treatment period of 30 days.

Wu Ling San treats a number of symptom patterns, all of which revolve around dampness accumulation in the lower jiao resulting in some degree of yang qi depression and heat.  The primary acute pattern manifests with headache, low fever, irritability, aversion to cold, dry mouth and thirst, possibly with vomiting upon drinking, and urinary obstruction.  Other variants include diabetic thirst and edema patterns.

When taking the Wu Ling San the patient is advised to drink plenty of warm water and that the condition will resolve through gentle sweating which indicates that upright qi has regained control of the surface.  Presumably, the 12 day dose period is the expected term of resolution for the acute symptom pattern.

*One Jingui Yaolue version states a 3 liang dose for Chuanxiong, all other versions state ½ jin.

Danggui Shaoyao San primarily treats blood deficiency with fluid accumulation in the lower jiao resulting in abdominal pain or cramping.  Though the pattern is more common among women, the formula can also be used for men.  Other possible symptoms include rib distention or pain, lack of appetite, dizziness, emotional constraint, and weakness of the limbs with a pale tongue, white tongue coating, and a deep, wiry pulse.[xiii]

The formula is composed of two main elements: Danggui, Chuanxiong and Shaoyao to nourish the blood and gently disperse blood stasis; and Fuling, Zexie, and Baizhu to regulate water metabolism, dry dampness, promote urination and fortify the spleen.  Together the two groups somewhat resemble a combination of Wu Ling San and Sini San but with a greater focus on blood level movement and nourishment.  To further promote blood movement, rice wine’s acrid, bitter and warm nature is used to administer the formula.  The Mingyi Bielu notes that Rice Wine has the specific ability to circulate a medicine’s strength[xiv] by unblocking the channels and invigorating the vessels.

While the formula is best known for treating acute stomach cramping during pregnancy, modern text books urge cautious use during pregnancy, “specifically because too high a dosage of Chuanxiong Rhizoma can affect the fetus, particularly in mothers who have deficient and weak Kidney qi”.[xv] The question of whether Danggui Shaoyao San’s daily dose of Chuanxiong at 0.93g is considered high must be left to the practitioner and further research. But clearly, it was classically thought of as a safe formula as it was dosed for around four months of use during pregnancy and is suited for long term blood and fluid regulation in the lower jiao.

* A Sheng is a unit of volume that measures approximately 200ml.

Chixiaodou has a sweet/bland, slightly sour, and balanced nature, promotes urination, drains damp heat, stops bleeding and, as noted in the Shennong Bencao Jing, has the ability to expel the blood and pus from carbuncles and welling-abscess.[xvi]  Danggui’s sweet, acrid and warm nature nourishes the blood, disperses stasis, and promotes the healing of sores.  Fermented millet water is used to administer the powder and supports Chixiaodou by dissolving food accumulation and regulating the stomach with its sweet, sour, and cool nature.

Like Danggui Shaoyao San, Chixiaodou Danggui San has an intended dose period of around four months and aims to nourish blood in the lower jiao while simultaneously eliminating fluid accumulation.  Chixiaodou, a common food in China, is a particularly safe medicine for the slow, long term elimination of damp heat and blood toxicity.

From the above formulas, we can clearly see that Zhang Zhongjing favored using powders for the long-term treatment of recalcitrant lower jiao and gastrointestinal diseases that present with mixed excess and deficiency patterns.  According to the Jingfang Xiaopin （《經方小品》A Small Collection of Classical Formulas), powders and pills were used after a decoction formula had eliminated the primary pathogenic factors, presumably as a long term regulatory treatment, which could then be periodically assisted with decoction formulas.[xvii]  Sun Simiao believed powders were appropriate for slowly driving out pathogens, particularly wind and damp obstructions with symptoms that come and go without a static location,[xviii] as is characteristic with many gastrointestinal disorders.

Unfortunately, formula powders are rarely used in the modern clinic.  When used, they are often decocted as liquid formulas with little concern for difference in administration form or dose.  I hypothesize that powdered formulas may offer a better, cheaper, safer, and more convenient treatment method for the long-term resolution of many gastrointestinal and other lower jiao associated disorders, especially when used in conjunction with periodic decoction formula treatments.  As renewed interest in classical formula theory and application continues to grow in China and around the world I hope that modern practitioners will also renew research into formula powders for modern clinical use.